Update, you can now play Les A online. Play roulette from 10p RNG and 20p live.

The Les Ambassadeurs Club (popularly known as “Les A”) is a club and casino located in Mayfair, London overlooking Hyde Park. The most exclusive area of London with an exclusive membership list.

It was established in Hanover Square in 1941 by John Mills, and has had several owners since Mills’s sale of the club in 1981. The club moved to Hamilton Place in 1950. The Le Cercle casino was established at the club in 1961. The Milroy and Garrison nightclubs have also been based at 5 Hamilton Place. The club was portrayed in the James Bond film Dr. No and scenes from The Beatles’ film A Hard Day’s Night were filmed at the casino club.

The most popular game in any European Casino. Place your bets, watch the wheel spin and decide your fate. 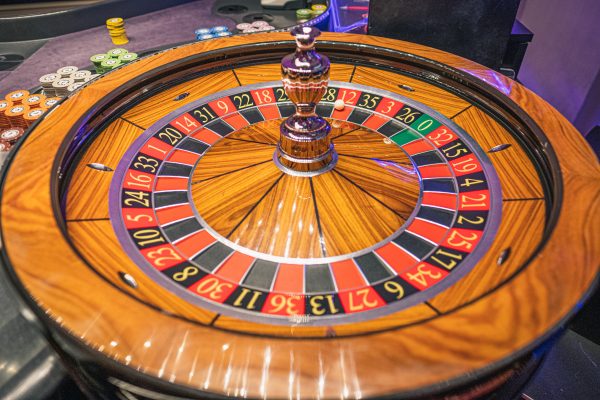 Roulette House Edge
In Roulette the House Edge is achieved by the casino paying slightly less than the true odds. The true odds for single zero Roulette are 36 – 1 since there are 37 numbers in the wheel.
Winning bets, however are actually paid at 35 – 1.
Even chance bet – House Edge 1.35%
Bets on the layout – House Edge 2.7%

The house edge is lower for even money bets because you only lose half when the ball lands on zero. Its called the La Partage rule.

A popular card game where the object is to get as close to 21 as possible without going over. Starting with 2 cards, you can decide to stand, hit or double down. Ed Thorpe famously beat the game of blackjack by card counting and wrote about it in his book, “Beat the Dealer”. There are many different variants of blackjack. The rules at Les A are

You play against the dealer. The object is to draw cards totalling ‘21’, or as close as possible without going over ‘21’. Bets are placed, then the dealer draws the cards face up – one to each
player and one to himself – followed by a second card to each player. Aces count 1 or 11, Court cards 10 and all other cards as their face value. 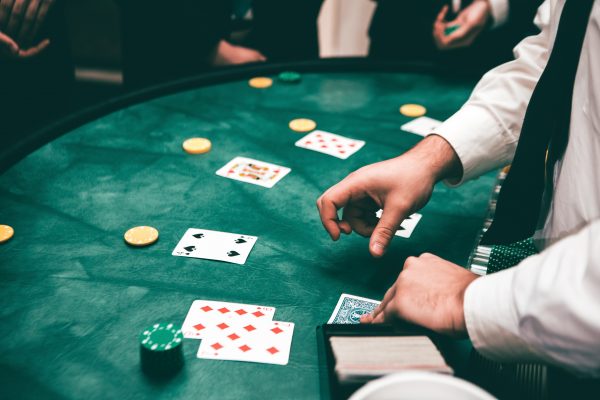 If you have ‘Blackjack’ (an ace with a picture, or ten) it beats any other combination except a dealer’s Blackjack and you win 3/2 for your bet. If the dealer also has a Blackjack it is a stand-off. If you do not have Blackjack you decide from your hand to take more cards (draw) or stand. You may take as many cards as you wish until you think you have a score closer to 21 than the
dealer will have. Once you have a score of 21 you may not draw any further cards.

The dealer must draw on 16 or under and must stand on 17 or over. The first Ace in a hand is 11 unless this causes it to exceed 21. Subsequent Aces count as 1.

When can you double?
With your first two cards, irrespective of their total, you may opt to double your wager or place any amount up to the value of your initial bet, but you will receive only ONE more card.

When can you split hands?
If a player’s two cards have the same value, he/she may split them, receiving one extra card face up for each hand.

There is no limit to the number of times players may split cards of equal value.

If after splitting, a player has an ace and 10 in one or both of the split hands, this is 21 but it is not Blackjack. You may double down after splitting, but if Aces are split, they receive only one more card on each and doubling down is not possible in this case.

Taking Insurance
When the dealer’s first card is an Ace, any player with their first two cards may wager an amount equivalent to no more than
half the amount staked on his initial wager that the dealer’s second card will have a value of 10.

Any wager which wins under this rule shall be payable at odds of 2 to 1.

All insurance wagers shall be made before a third card is dealt to any box (the subsequent deal).

You can also play sides bets of

Baccarat is a card game favoured by James Bond. It is a card game played between two hands, the “player” and the “banker”. You can bet on the banker or player. Possible outcomes are Player, Banker or Tie. Tie bets have a massive house edge so best not to play those. Just choose between banker and player bets.

The cards are drawn strictly in accordance with the tableau. Tens and court cards and any combination of cards with a joint count of ten, count as nothing. An ace is one, and all other cards
have their own face value. The winning hand is that with a total nearest to nine.

The croupier draws the cards alternately. The first and third cards are the PLAYER cards, the second and fourth the BANKER cards. Any further cards required (as determined by the tableau) are then added to the appropriate hand.

TABLES OF PLAY
Note: There are no Optional Draws. Both Player and Banker must draw according to these tables.

Banker must stand having 6 when player has 6 or 7 on the initial deal.

Three Card Poker is a casino table game based on poker. It is played as heads-up between the player’s hand and the dealer’s hand. After all bets are placed, three cards are dealt to each player and the dealer. Players have a choice to either fold or continue in the game by placing a “play” wager equal to their ante. Hands are then shown and bets paid out. 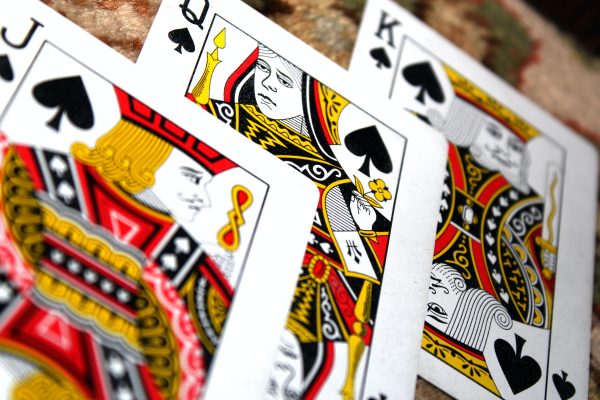 If you want to play, you have to be a member which is quite expensive and have to be approved by the committee. Soon you will be able to play online though.